Library visitors have access to Tenho, KAVI’s collections database, as well as the opportunity to examine films and related materials such as scripts and stills.

Photographs can be viewed immediately in digital form. In general, all stills related to domestic films have been digitized. Finnish film posters have also been digitized.

Scripts and transcripts must be requested in advance from the library.

The clippings archive contains newspaper and magazine articles about Finnish and foreign movies from the early years of film to the present day.

At the library’s viewing station, visitors can stream programmes from the Radio and Television Archive as well as the Finnish Film Archive’s digitized films, which includes about 10,000 Finnish films. The digital collections of the National Library of Finland, such as magazines, can also be read.

Meeting minutes and rulings issued by the Appeal Board of Film Classification 15 March 1946–13 November 1990. 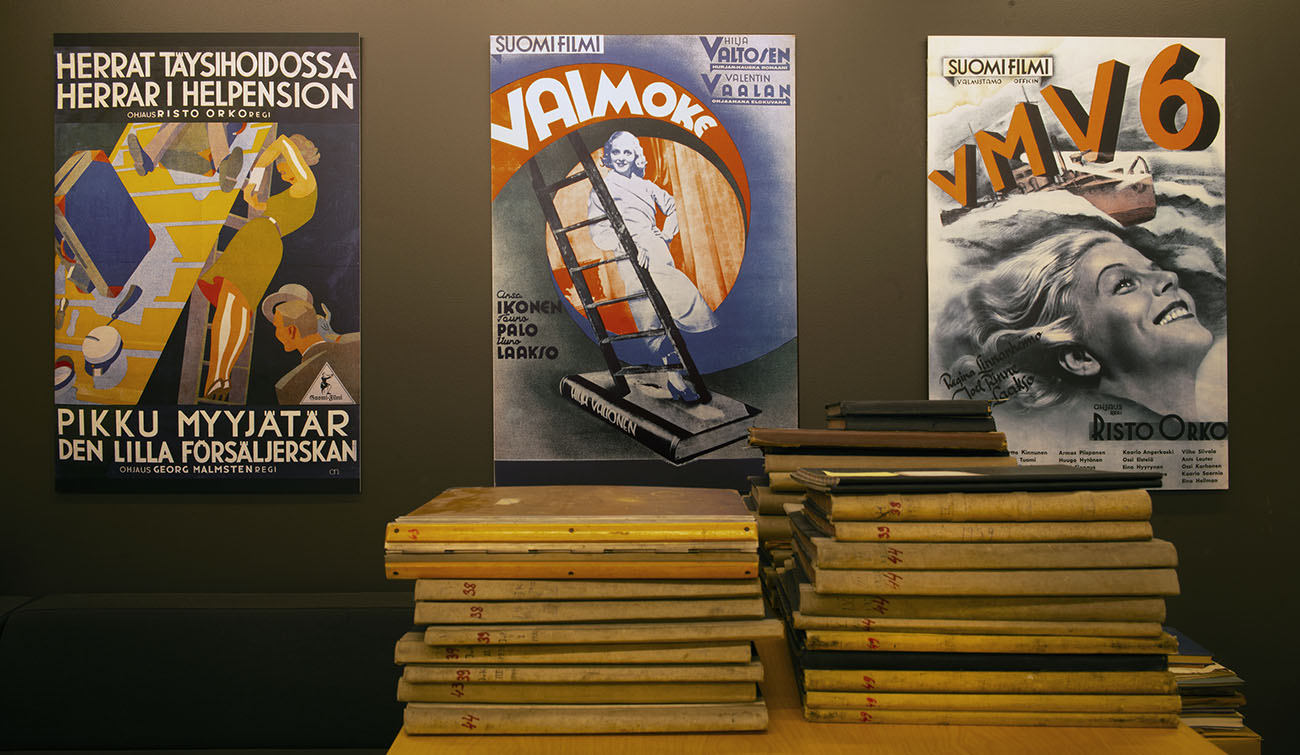