KAVI offers school screenings in Kino Regina as well as online services to support both film education and art and cultural education.

Elokuvapolku [in Finnish] is an online service through which KAVI provides free educational materials and film clips to support film education in schools from both art and media education perspectives. The film clips on Elokuvapolku are sourced from films produced during the Finnish studio era by Suomi-Filmi and Suomen Filmiteollisuus, which are now owned by KAVI.

Elävä muisti [in Finnish], on the other hand, is a website that makes Finnish audiovisual history accessible to a general audience. The diverse collections of the Finnish Film Archive and the Radio and Television Archive serve as the site’s key assets. Through Finnish documentary films, news bulletins, commercials and narrative films that capture the spirit of their time, Elävä muisti provides insight into Finnish history. The main emphasis of the site is the period from the golden era of Finnish film through the 1960s.

KAVI organizes screenings related to film education for schools and other educational institutions both in Helsinki and as part of its regional series. Each year, 7,000-8,000 schoolchildren and students attend school screenings organized by KAVI. The screenings include educational materials and workshops produced together with our partners. 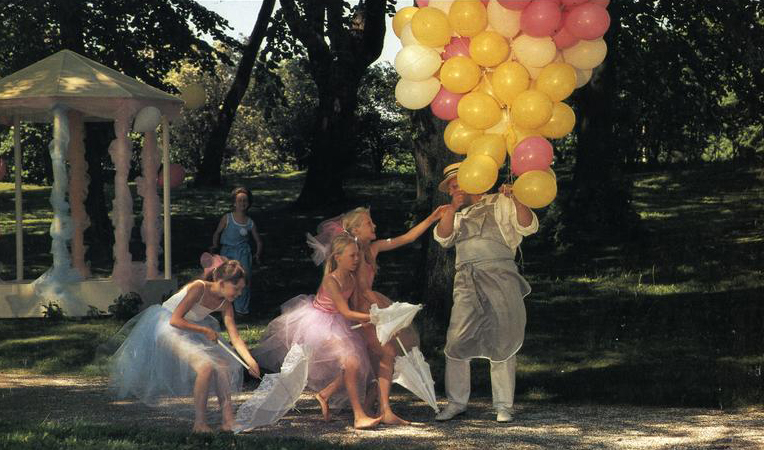 Over the years, KAVI has developed a variety of projects in our film education work that are remembered fondly by participants. One of our most impressive projects was the “Boisterous Silence” (Riehakkaat mykät) project, organized together with the Helsinki Festival and the Helsinki City Education Department’s Media Centre, in which three classes of schoolchildren created music for Charlie Chaplin films. The project was led by musician Miro Mantere, who worked with the classes both at their school and in the studios of the Media Centre.

A participatory live music film concert produced for the Finnish Cultural Foundation–funded national Art Testers project was a kind of continuation of the Boisterous Silence project. Participants in the concert, which accompanied Charlie Chaplin’s The Immigrant, were introduced to Foley art and helped create sound effects. Alongside Miro Mantere, musicians Kaj Mäki-Ullakko and Lauri Levanto were also featured in the event.

Special animation workshops, developed with animator Tuomas Heimala and the Media Centre, have been offered since 2009. Cooperation has since continued with the Cultural Factory Vernissa and the Animation Station located there.

KAVI’s unit for the promotion of audiovisual culture is involved in a variety of film education projects approaching film from different perspectives. The impetus for the Illusia Film Festival for children and young adults was a new international film. The nationwide School Film Week [in Finnish] that KAVI organizes together with the Association of Finnish Children’s Cultural Centers emphasizes film education as well as Finnish film history and culture. With its national Laudatur project, the School Cinema Association provides film education for teachers in training.

Audience development work is also carried out more broadly through KAVI’s screening programmes. For example, lecture and film series illuminating the history of film that have been organized in cooperation with the University of Helsinki have resulted in a renewed interest in silent films. In addition, by using innovative methods to present our programmes, we have drawn new audiences and increased interest in film culture.